Is CMEK right for me?

Customer-managed encryption keys are intended for organizations that have sensitive or regulated data that requires them to manage their own encryption key.

The diagrams below show how data-at-rest encryption works inside a Cloud SQL instance when using default Google encryption versus customer-managed encryption keys. 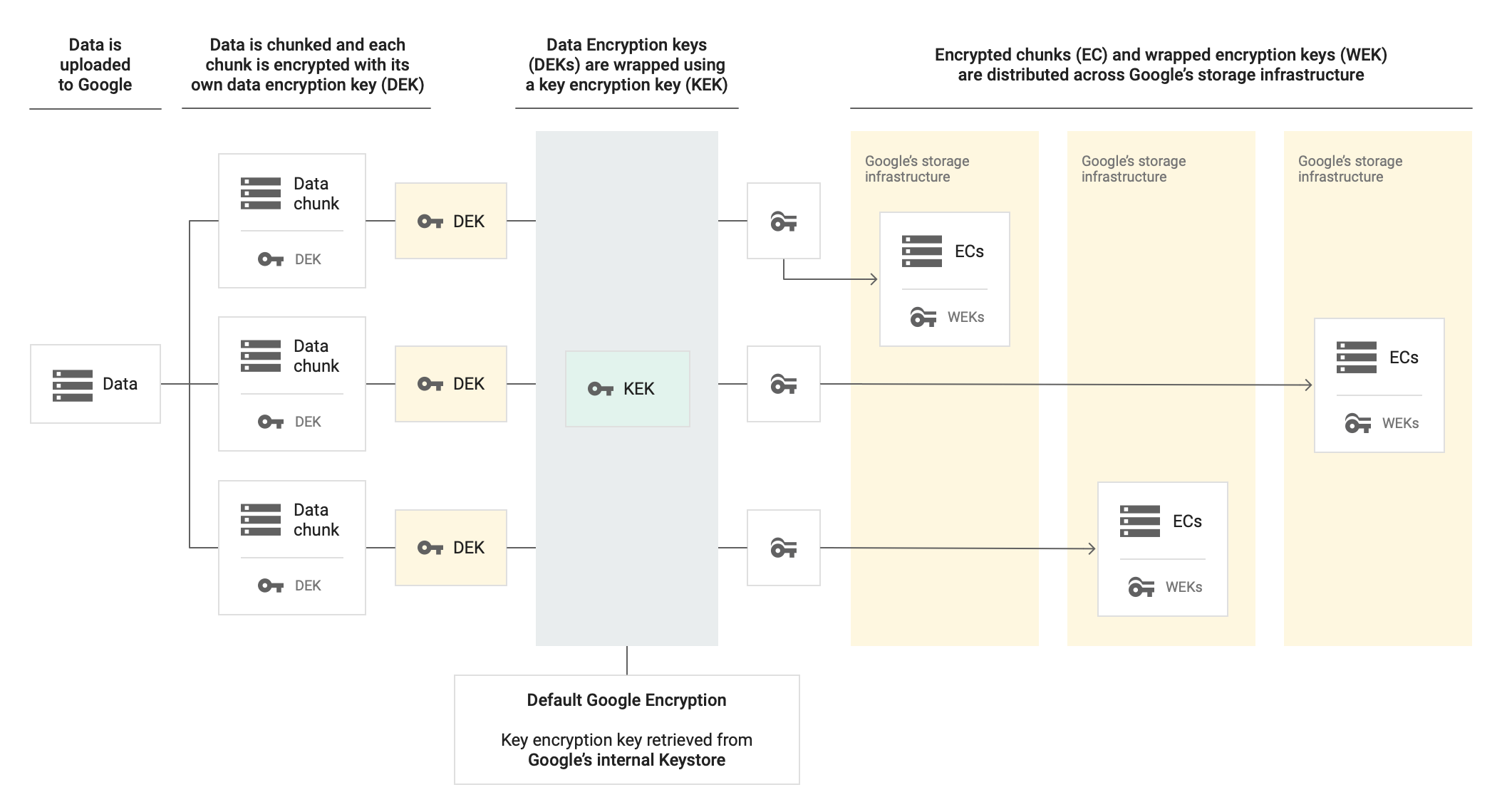 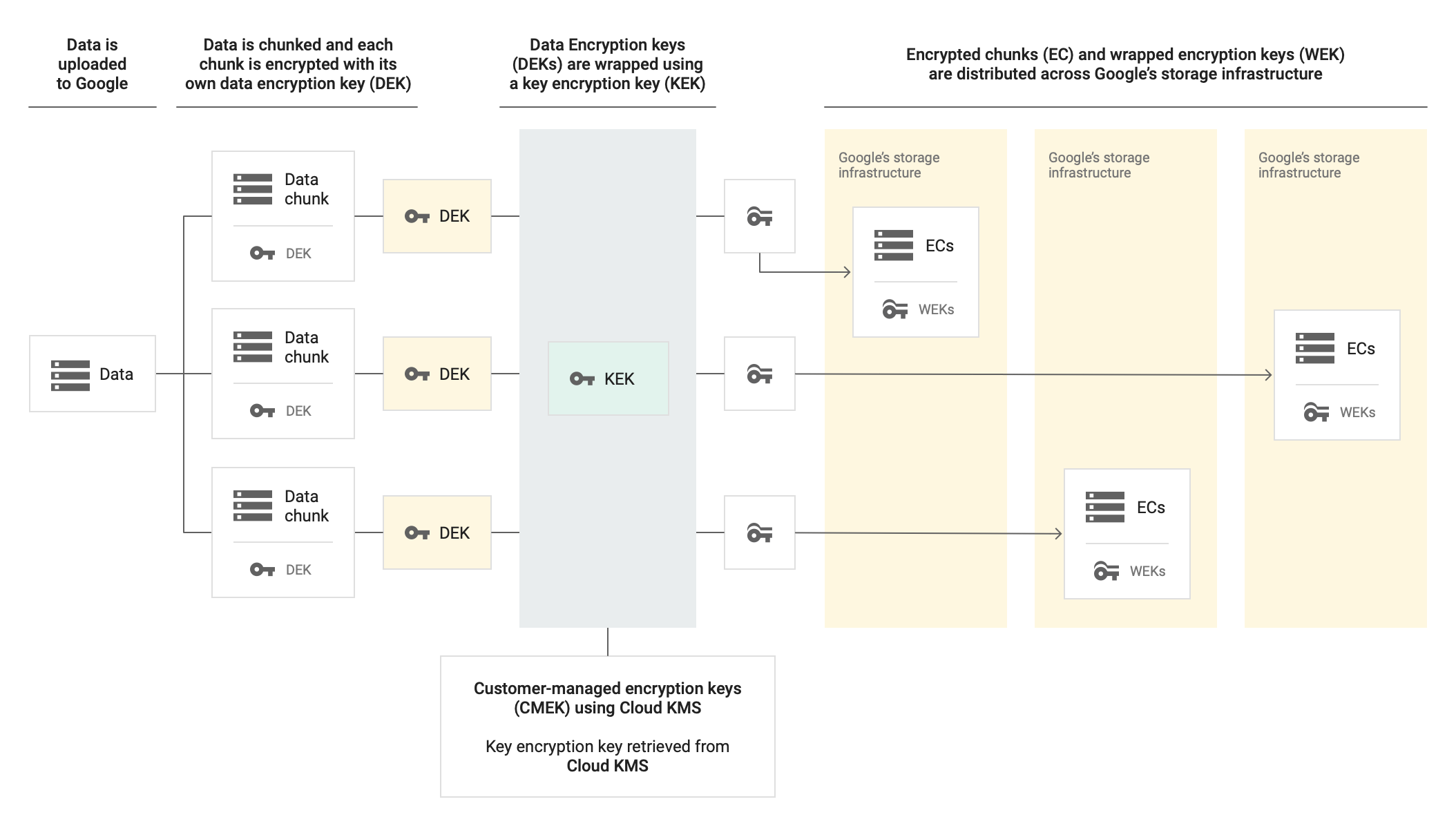 When decrypting data wrapped with customer-managed encryption keys, Cloud SQL uses the KEK to decrypt the DEK and the unencrypted DEK to decrypt data-at-rest. 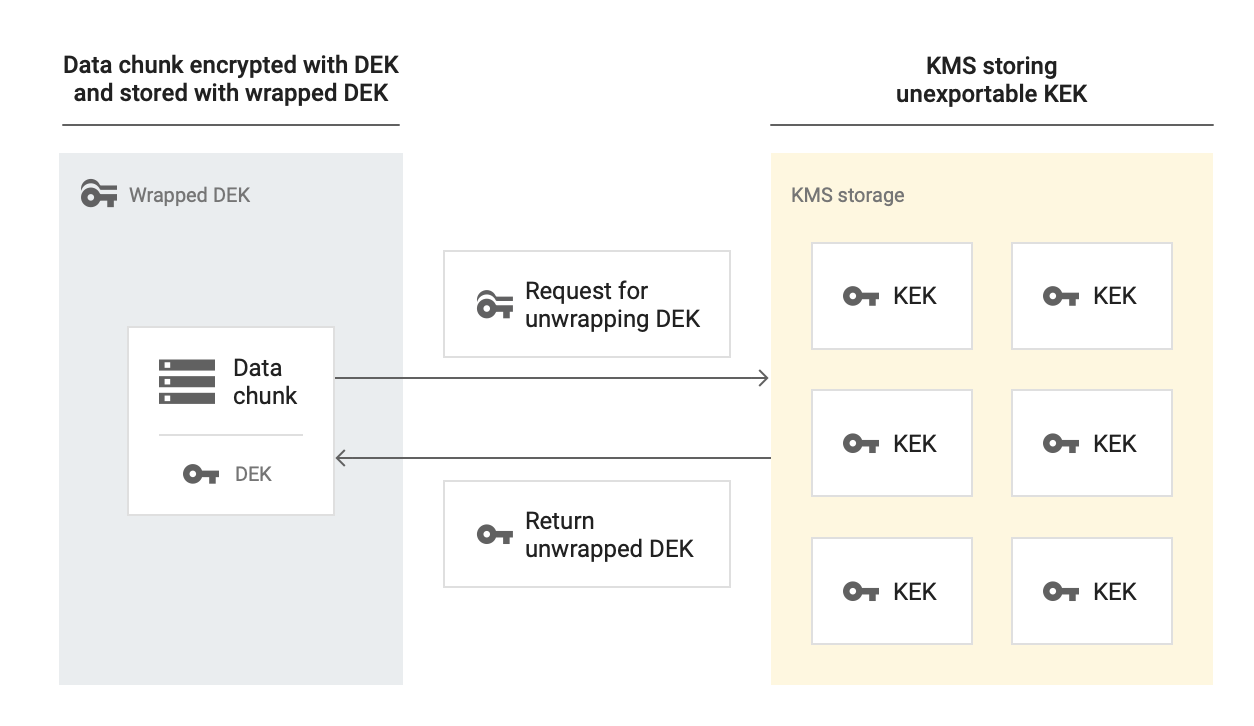 When does Cloud SQL interact with CMEK keys?

CMEK is available in all Cloud SQL instance locations.

When your Cloud SQL instances have CMEK enabled, you need to use a service account to request key access from kms_name_short.

In KMS, you need to create a keyring with a cryptographic key, set with a location. When you create a new Cloud SQL instance, you select this key to encrypt the instance.

How do I make CMEK-encrypted data permanently inaccessible?

You might have situations where you want to permanently destroy data encrypted with CMEK. To do this, you destroy the customer-managed encryption key version. You cannot destroy the keyring or key, but you can destroy key versions of the key.

How do I import data exported from a CMEK-enabled instance?

There are no special requirements or restrictions to importing data to a new instance, when the data was previously stored on a CMEK-enabled instance.