This feature is in a pre-release state and might change or have limited support. For more information, see the product launch stages.

If you are new to streaming data pipelines and Dataflow SQL, familiarize yourself with collections, windows, watermarks, and triggers.

A PCollection (or collection) represents a potentially distributed, multi- element dataset that acts as a pipeline's data. Pipeline transforms use collections as inputs and outputs for each step in your pipeline. A collection can hold a bounded dataset of a fixed size, or hold an unbounded dataset from a continuously updating data source such as Pub/Sub. 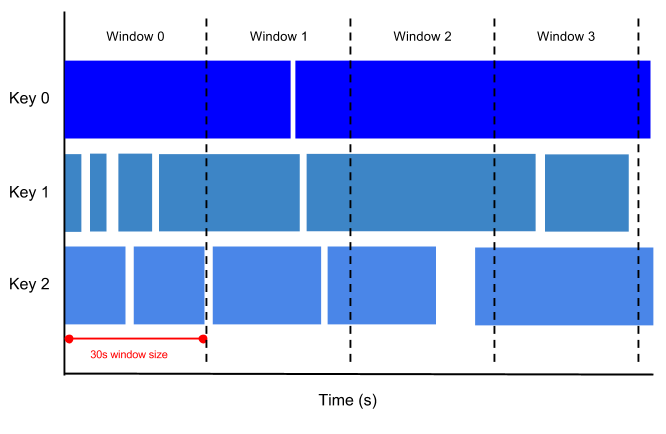 Because multiple windows overlap, most elements in a dataset belong to more than one window. Hopping windowing is useful for taking running averages of data; in our example, you can compute a running average of the past minutes' worth of data, updated every thirty seconds. 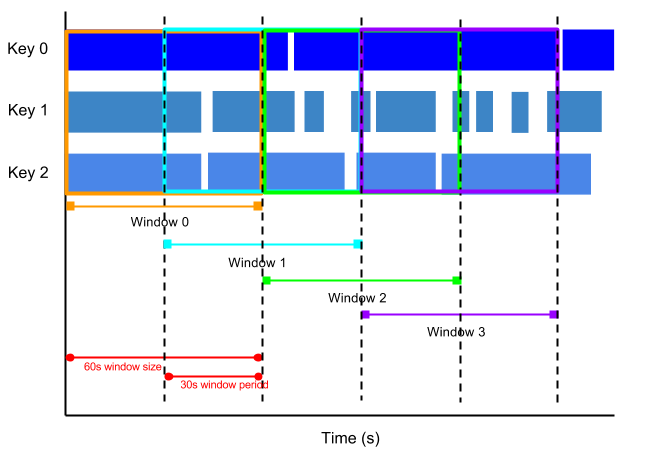 Session windows are windows that contain elements that are within a certain gap duration of another element. Session windowing applies on a per-key basis and is useful for data that is irregularly distributed with respect to time. For example, a data stream representing user mouse activity might have long periods of idle time interspersed with high concentrations of clicks. If data arrives after the minimum specified gap duration time, this initiates the start of a new window. 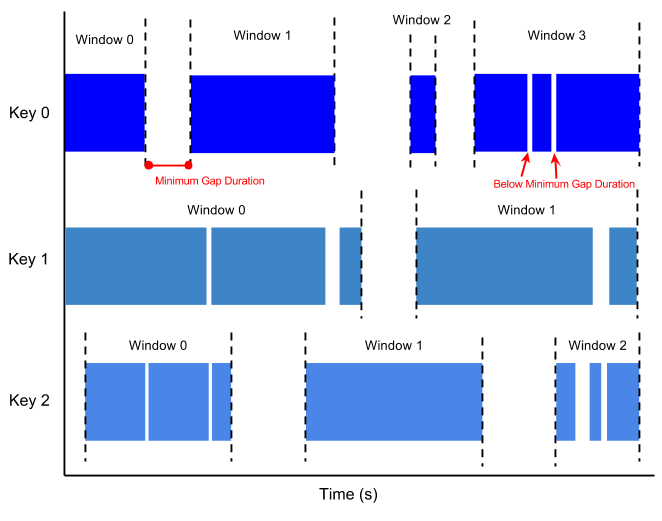 Figure 3: Session windows with a minimum gap duration. Each data key has different windows, according to its data distribution.

Watermarks are the notion of when the system expects that all data in a certain window has arrived in the pipeline. Dataflow tracks watermarks because data is not guaranteed to arrive in time order or at predictable intervals. In addition, there are no guarantees that data events appear in the pipeline in the same order that they were generated. After the watermark progresses past the end of a window, any further elements that arrive with a timestamp in that window are considered late data.