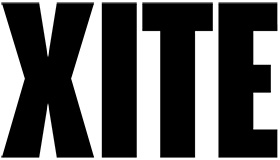 XITE is a music video channel live in the Netherlands, Belgium, Germany, Canada and Qatar with plans for global expansion. In 2015, the company launched Personalized Music Television which lets individual users personalize their viewing experience and tailor playlists with interaction through their TV. XITE is based in Amsterdam, with offices in New York and personnel in Belgium and Germany. More about XITE: http://xitenetworks.com/

By applying the latest technology to music television, digital music channel XITE has won an audience of over 15 million households in less than a decade. Available in the Netherlands, Belgium, Germany and Qatar, XITE localizes its offering to fit the needs of its target market, with linear channels, VOD, and 4K offerings. Since 2015, XITE provides a personalized music platform that demands high volumes of memory, but high-memory VM configurations on its previous cloud provider meant paying for additional CPU capacity that it did not require. With Google Cloud Platform, XITE created an infrastructure tailored to its needs for lean efficiency.

“Our Personalized Music Television platform requires a lot of memory. Configuring for that in our previous cloud provider meant paying for more powerful machines with CPUs that we did not need. We had been with our previous provider for four years, but when we looked to Google Cloud Platform, we discovered its options for high-memory, low-CPU VMs. We really liked GCP’s close integration with Kubernetes and the value of Google Cloud Storage. When we moved everything to GCP the responsiveness of our platform tripled overnight. Previously, 70 milliseconds was a good response time. On GCP, it’s 20 milliseconds,” says Roman Ivanov, Solutions Architect, XITE Networks International.

XITE met all three needs with a switch to Google Cloud Platform. On Google Compute Engine, XITE spins up low-cost, high-memory VMs, enabling it to host more users per machine and increase performance for less. With over 150TB of music content alone, XITE makes further savings thanks to cheaper, reliable storage on Google Cloud Storage. Using Kubernetes as its automation and cloud management platform, XITE eases the burden on its DevOps and system administrators, as even unpredictable fluctuations in demand are handled by autoscaling and simple monitoring.

“Because things are so stable under the control of Kubernetes, we spend very little time monitoring what's going on and can spend more time improving our products. With our old cloud provider, we could never be that confident. We relied on a custom solution that we built by ourselves to manage it. We had to maintain lightness of the system and manage the number of nodes that were running ourselves. Kubernetes just works, and leaves our hands free to do new stuff,” says Roman.

Switching to GCP, XITE experienced 300% faster response times on its interactive platform and a 20% reduction in overall infrastructure costs. The company has enjoyed multiple secondary benefits, too, such as faster transcoding of new material with parallel rather than sequential processing. Looking to the future, XITE is currently undertaking a proof of concept with Google Cloud Dataproc as a managed Spark cluster and planning a migration to a Google-managed ELK Stack.

“Uniquely with Google Cloud Platform we are able to do video content spotting. Labeling music videos is really important for us as the basis for our metadata. The Google Cloud Video Intelligence API allows automatic labeling of videos, so we're looking into it. If the proof of concept is successful, this will be a perfect match for us. We could leverage automatic spotting, reduce the level of human error, and exploit more precise labeling of music videos, which will improve the recommendations we can make for our audience. Only GCP offers this potential," says Roman.

XITE is a music video channel live in the Netherlands, Belgium, Germany, Canada and Qatar with plans for global expansion. In 2015, the company launched Personalized Music Television which lets individual users personalize their viewing experience and tailor playlists with interaction through their TV. XITE is based in Amsterdam, with offices in New York and personnel in Belgium and Germany. More about XITE: http://xitenetworks.com/