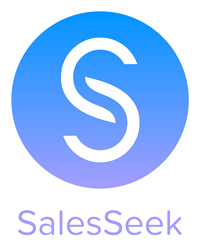 Server Density is a SaaS server monitoring tool that manages and monitors instances on Google Cloud Platform. As well as boasting a beautiful user interface, it keeps an eye on the health of your entire infrastructure with features like monitoring dashboards, graphs, and advanced alerting.

SalesSeek is a CRM start-up based in London that's looking to grow quickly and shake up the CRM industry. Their data-visualization-heavy platform combines marketing automation and CRM in a single tool that streamlines the selling process. Its ease of use allows most companies to set it up on their own, reducing implementation costs. Like most start-ups, their team is small yet nimble. As a result, building a process for how the company will successfully scale, while controlling for time and cost, is mission critical.

For a period of time, Saleseek relied on bare metal servers via a cloud provider. However, the workflow associated with bare metal servers was growing cumbersome and their bill was increasing rapidly as they grew. As they prepared to move out of beta and saw adoption increasing, they knew they needed a process that would free up more developer time while controlling for cloud costs during the company's critical first growth phase.

"Between the sustained usage discount and lower prices per VM overall, we saw roughly a 50% reduction in our cloud costs in the first month we used Google Cloud Platform," says Andrés Sanchis, Head of Engineering, SalesSeek.

Andrés had used other Google solutions at SalesSeek, such as G Suite, and found them to be robust, reliable, and intuitive. He was excited to give Compute Engine a try, leveraging the same infrastructure Google uses for development.

Both Google Cloud Platform and Server Density offer APIs that include command line tools and language bindings for automation, which allow the two to work together seamlessly. Server Density detects newly provisioned VMs automatically, adds them to the devices pool, sets alert thresholds based on groups, and creates dynamic elastic graphs. The administration of both can be fully automated through the respective APIs.

Andrés and his team completed the migration to Compute Engine within a single day, keeping their previous infrastructure online for an additional week, in the event they needed to revert back for any reason. They did not and today, all of the firm's production and staging infrastructure lives on Compute Engine.

Sustained-use discounts reward customers that use an instance for more than 25% of a month. SalesSeek makes use of each of the discount tiers incrementally—up to the 60% discount in cases where a particular VM is in use for more than 75% of the month. At previous cloud providers, SalesSeek was required to pay in advance if it wished to benefit from a discount for continued usage, so this pricing model has proven very beneficial for a cash-constrained start-up.

"Between the sustained usage discount, and lower prices per VM overall, we saw roughly a 50% reduction in our cloud costs in the first month we used Google Cloud Platform," says Andrés.

Cost in IaaS and SaaS isn't just about the amount of money you pay for hardware. Savings can also be found when a solution saves you time or allows you to innovate faster. SalesSeek found that Google Cloud Platform made the development process easier via an intuitive web interface and robust API.

"I found that I was able to accomplish most of what I needed to do without even referencing technical documentation. For instance, I was able to migrate an instance between regions based solely on information provided within the Developers Console," says Andrés.

Lastly, running on Google's infrastructure inspires confidence. "I feel confident using Google Cloud Platform, knowing we are leveraging the speed and reliability Google itself benefits from. But, this is about more than a brand name. It manifests in features such as no scheduled maintenance downtime (VMs are automatically migrated behind the scenes) or the pricing model," says Andrés.

However, infrastructure reliability doesn't stop at the cloud provider, it stops with the sysadmin—or in the case of SalesSeek—their DevOps team and Server Density. Monitoring servers, websites, and cloud environments can be tricky (hence the popular #monitoringsucks hashtag).

The biggest problem Server Density solves for SalesSeek is mitigating the need to set up and maintain monitoring for their servers by offering monitoring and alerting as a service (SaaS). SalesSeek's previous experience was with open source monitoring solutions, and despite Andrés being an active open source evangelist, he is also a pragmatist, therefore using Server Density saved precious time learning, setting up, and maintaining servers and agents, and dealing with breaking configuration changes between major version upgrades. Even better, all the setup was automated through an API, so going forward, monitoring is now automatically deployed across their entire Google Cloud by Server Density.

Scaling has been the priority of SalesSeek, and it would seem they've only scratched the surface of what can be achieved by combining Google Cloud Platform and Server Density. In its current use case, SalesSeek benefits from the immediate provisioning of all resources (VMs, private networks, firewall rules, network load balancing resources), which saves time when prototyping new infrastructure solutions and migrating instances between regions. With the complete Google Cloud Platform integration within Server Density, this immediate provisioning is seen instantaneously within the Server Density interface so that everything is kept up to date and an entire picture of their infrastructure can be understood and managed.

Together, Google Cloud Platform and Server Density have provided peace of mind to Andrés and his team. As SalesSeek grows, their infrastructure is ready to safely and rapidly scale with them.

Server Density is a SaaS server monitoring tool that manages and monitors instances on Google Cloud Platform. As well as boasting a beautiful user interface, it keeps an eye on the health of your entire infrastructure with features like monitoring dashboards, graphs, and advanced alerting.