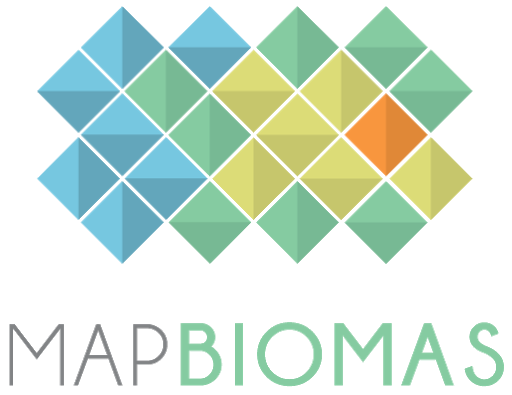 MapBiomas is an initiative involving universities, non-governmental organizations (NGOs), and technology companies, including Google, working together to understand Brazilian territory transformations based on the annual mapping of land cover and land use.

Brazil is steward of the world’s largest, most biodiverse tract of tropical rainforest. From the Amazon to Rio Grande do Sul, the country spans six biomes, all of which are home to unique flora and fauna and host more than 12% of the planet's fresh water. Brazil is also the world’s eighth largest economy, which means land and resources are constantly in demand and therefore at risk. Land use patterns are changing fast, and Brazil must act quickly to protect and ration its resources to reduce carbon emissions.

Brazil is the world’s sixth largest emitter of greenhouse gases. Almost 75% of the emissions come from agriculture and land use changes, especially deforestation. The Amazon Forest also represents the largest source of terrestrial removal of carbon from the atmosphere.

While Brazil has done much to slow deforestation in the Amazon, driving a 70% decline between 2004 and 2012, it’s still among the highest rates in the world. To influence national policy and help the government prioritize actions for its climate change agenda, biodiversity conservation, and sustainable forestry and agriculture, MapBiomas was formed in 2015.

An initiative of the System for Greenhouse Gas Emissions and Removals Estimates (SEEG) from Brazil’s Climate Observatory in partnership with universities, NGOs, and technology companies, MapBiomas brings together experts in remote sensing, computer science, biomes, and land use activities. By enabling experts to collaborate on national-scale, multi-year land cover and use classification, MapBiomas provides free data on an open platform that can be used by multiple actors to influence public policy on various fronts including combat deforestation, offer incentives for reforestation, and lower carbon emission from agriculture.

“When MapBiomas formed, we knew it wouldn't be feasible to produce new land use maps every year for the entire country of Brazil with our limited research budget if we had to use local infrastructure. Google Earth Engine solved that problem.”

Before MapBiomas, Brazil produced land use maps of the entire country for the National Inventory of Greenhouse Gases for the years 1994, 2002, and 2010, using visual interpretation of Landsat satellite imagery. Each map took almost two years to complete at a cost of $3 million. MapBiomas was created to deliver the same product for all years back to 1985, producing maps at least ten times faster at a fraction of the cost, approximately $5 million for 33 years of maps.

MapBiomas’ collaborative network includes technology partners such as Google as well as non-profit research institutions such as Imazon, an organization that promotes sustainable development in the Amazon and publishes monthly deforestation alerts. Imazon’s experience in processing large-scale satellite images was critical to starting MapBiomas, helping it develop an operational method to produce land cover and land use maps.

To produce high-resolution maps for the entire country on an annual basis, MapBiomas would need to implement automatic classification through machine learning. This would only be possible with massive compute power. A previous abridged mapping effort by Imazon that was limited to only the Amazon biome took four years at an estimated cost of $1.5 million to complete.

“When MapBiomas formed, we knew it would not be feasible to produce new land use maps every year for the entire country of Brazil with our limited research budget if we had to use local infrastructure,” says Tasso Azevedo, General Coordinator of MapBiomas. “Google Earth Engine solved that problem.”

“Using Google Earth Engine with Google Cloud Platform completely changes the scale of what we can do. We can produce land use maps at least 10 times faster, detect deforestation, and provide the information that decision-makers need to influence policy change.”

Earth Engine is free to humanitarian, scientific, and environmental initiatives such as MapBiomas, which Google supports. It includes ready-to-use datasets, including 30-meter resolution satellite data from Landsat and radar data from Sentinel-1, enabling the organization to penetrate cloud cover and analyze images in all weather conditions. MapBiomas processes vast amounts of Landsat imagery, using Google Earth Engine tools to clean up and select the best pixels for the desired time period.

“We’ve created a community that is able to do amazing things with geoprocessing using Google Earth Engine,” says Tasso. “We hope to help reduce deforestation, increase restoration, and promote low carbon agriculture practices, hopefully enough to meet Brazil’s emissions reductions pledges made as part of the Copenhagen and Paris Accords.”

MapBiomas is well on its way. After just six months using Google Earth Engine, in December 2015 MapBiomas released the first version of its annual forest maps for all six biomes in Brazil. It has since mapped every year back to 2000 to measure land use change that has occurred in the 21st century, and will soon achieve its goal of mapping all the way back to 1985.

MapBiomas uses Google Cloud Platform as part of its workflow, exporting images from Google Earth Engine so they can be further processed on Google Compute Engine (See Figure 1).

To produce each year's map of the entire country, MapBiomas processes all pixels of almost 6,000 Landsat images. Over 100 billion 30-meter resolution pixels are processed to form the mosaic of images to be used for each year. When taking into account all users and several interactions for classification, application of temporal filters, integration of data from different classes of use, and the calculation of land use change maps, the amount of pixels processed is over 2 trillion.

Google Earth Engine allows anyone with a web browser to perform extremely large analyses, allowing MapBiomas to provide the same level of detail and performance to Brazil’s thousands of municipalities. As a result, rural areas are increasing public awareness of land use change patterns and drivers. MapBiomas is also helping with data to keep communities healthier. Government and health organizations can correlate land use change with the spread of mosquitos that carry disease and thus make informed decisions on where to prioritize the vaccination resources.

“When municipalities see the power of Google Earth Engine, people want to get involved and drive change at the local level,” says Carlos. “We’re helping decision-makers make more responsible decisions about land use that will greatly benefit their communities in the long run.”

“Google has been a critical part of the MapBiomas team from the beginning,” says Tasso. “We learn from each other, exchange ideas, and get valuable feedback and advice.”

Adds David Thau, a Senior Developer Advocate at Google who works on Google Earth Engine: “It takes projects like MapBiomas to combine technology with the best science and put useful information into the hands of policy and decision-makers who can do something beneficial with it. We’re looking forward to continuing to work with the MapBiomas team.”

“If we didn’t have Google Earth Engine, the MapBiomas project could not exist. The cost would have been prohibitive. Instead of having to buy and maintain massive infrastructure, we can focus our efforts on conservation and develop data, code, and methodologies that are shareable around the world.”

Producing annual maps has the potential to change the dynamics of land use in Brazil. MapBiomas hopes that other countries and organizations will follow its lead and use Google Earth Engine and Google Cloud Platform to advance sustainability efforts around the world. After all, no one nation acting alone can sufficiently reduce the carbon emissions the majority of scientists believe are influencing climate change.

After completing the annual maps covering 1985 to 2017, MapBiomas will incorporate a system to produce bi-weekly deforestation and degradation alerts for all of Brazil.

“If we didn’t have Google Earth Engine, the MapBiomas project could not exist,” says Tasso. “The cost would have been prohibitive. Instead of having to buy and maintain massive infrastructure, we can focus our efforts on conservation and develop data, code, and methodologies that are shareable around the world.”

MapBiomas is an initiative involving universities, non-governmental organizations (NGOs), and technology companies, including Google, working together to understand Brazilian territory transformations based on the annual mapping of land cover and land use.