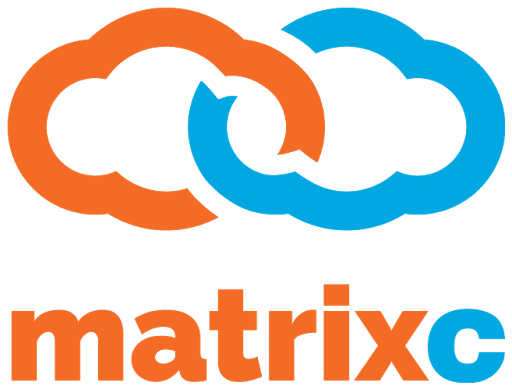 Established in 2006, Matrix Connexion provides and implements computing systems for businesses in Malaysia.

Using Google Cloud Platform, Brainy Apps has given Brainy Bunch International Islamic Montessori the ability to expand from 105 campuses in late 2017 to 6,500 campuses worldwide by 2030.

Brainy Bunch International Islamic Montessori (Brainy Bunch) aims to provide education services to 1 million students across 6,500 campuses worldwide by 2030. The education provider has won strong support from the Malaysian Government and financial institutions for its ability to produce dynamic Muslim individuals fluent in English. One of the keys to success for Brainy Bunch is the creation of communication channels that enable parents to provide feedback, which the organisation uses to improve its services.

During the early stages of the education provider’s expansion, its founders created 24 subsidiaries to manage activities ranging from cooking to technology delivery.

“We found Google Cloud Platform enabled us to better categorise traffic to our applications and services, and plan our resources accordingly. Furthermore, Google Cloud Platform is charged on a per-minute basis, which enables us to adopt a granular approach to cost management. Combined, these capabilities could enable us to reduce our platform costs considerably.”

Brainy Apps initially opted to run a range of applications and services for Brainy Bunch International Islamic Montessori in an incumbent public cloud. However, as Brainy Apps explored the market further, it identified opportunities to further control and reduce costs for Brainy Bunch and its associated subsidiaries.

“We found Google Cloud Platform enabled us to better categorise traffic to our applications and services, and plan our resources accordingly,” Mohamad Azarul says. “Furthermore, Google Cloud Platform is charged on a per-minute basis, which allows us to apply a granular approach to cost management. Combined, these capabilities could considerably reduce our platform costs.”

Brainy Apps engaged Malaysia-based partner Matrix Connexion to review, plan, and complete the migration of five systems to GCP. These systems included: a web application called Brainy Bills, which enables parents to pay for their child’s education at Brainy Bunch International Islamic Montessori; a School Registration application, which enables parents to enroll their children in the organisation’s schools; a subscription-based online streaming platform called Aflix, which provides ethical online entertainment for families; the Brainy Parent Apps social application, which operates as a communication platform for teachers and parents; and Brainy Maths, a mathematics application for students.

Matrix Connexion worked closely with Brainy Apps to complete the smooth migration of all five systems. The project was completed in less than two months. “Our systems are running in a very stable fashion thanks largely to Matrix Connexion,” Mohamad Azarul says. “Its project managers supported us 24 hours a day during the migration. This included staying with us a few times until 3 a.m. or 4 a.m. to help ensure our applications were running as they should be. Helping to ensure the Brainy Bills application is available is particularly important to us as it’s how the money comes into the business. I am the one who has to answer to management if it’s not!”

Using GCP has helped Brainy Bunch International Islamic Montessori to realise its cost management and reduction aims. Brainy Apps initially reduced the quarterly infrastructure costs for key billing system by 42%. “We’re also seeing a reduction in the resources consumed and, consequently, our costs for other systems such as School Registration and Aflix,” Mohamad Azarul says.

“We are still learning about Google Cloud Platform because it has so many features beneficial to us. With Google, we can propel ourselves to become the leading Islamic education brand in Southeast Asia and beyond.”

Brainy Apps and the businesses it services have not experienced any infrastructure downtime since migrating to GCP. “System administration is also very easy in GCP, so I can help minimise costs by employing only a junior- or mid-level engineer to perform those tasks,” Mohamad Azarul says.

GCP provides a dynamic, flexible, robust platform for Brainy Apps to build applications in the future. These applications may be marketed externally or used internally. “By using Google Cloud Platform, we can minimise our costs and that directly impacts how we set prices when marketing these applications and services to other international schools and small to medium businesses in future,” Mohamad Azarul says.

Brainy Apps has also deployed G Suite for Education to drive increased productivity and performance throughout Brainy Bunch International Islamic Montessori. “The bigger picture is about collaboration between larger groups to provide a better outcome from a broad mix of perspectives,” Mohamad Azarul says. “Tools such as Google Hangouts allow us to meet easily anywhere over video, while individually we can access our email, calendar, and other intelligent applications from any location.

“However, the most important thing is that we can collaborate more effectively on documents and presentations,” he adds. “For example, everyone updates the same document rather than creating different versions that need to be compiled into a final.” The organisation is planning to deploy Chromebooks to its 600 teachers and, potentially, to students in the future to drive use of G Suite throughout Brainy Bunch International Islamic Montessori.

With GCP now embedded within the business, Brainy Apps is now looking to use Google App Engine to enable its IT team to focus exclusively on code rather than infrastructure, and Google BigQuery to analyse business data to improve decision-making. “We are still learning about Google Cloud Platform because it has so many features beneficial to us,” Mohamad Azarul says. “With Google, we can propel ourselves to become the leading Islamic education brand in Southeast Asia and beyond.”

Established in 2006, Matrix Connexion provides and implements computing systems for businesses in Malaysia.